Coalition of Support for Brogdon as Next State OKGOP Chairman Grows

Tulsa, OK – The coalition of Republican leaders for Randy Brogdon continues to grow. Representatives Pastor Dan Fisher and Dr. Mike Ritze are joined by former Rep. Charles Key in declaring their support for Randy Brogdon as the next State Chairman for the Oklahoma Republican Party. 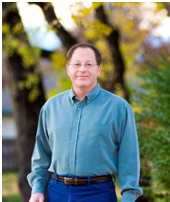 “Randy Brogdon is the real deal when it comes to being a true defender of liberty.  His record while serving in the OK Senate is stellar and his work since uniquely qualifies him to lead our state Republican Party” Rep. Dan Fisher said, “In a day when our Republican Party platform defends conservative principles many who are elected as Republicans govern differently. We need a leader who will, with integrity and commitment to our founding principles, ensure that our state Republican Party upholds the traditional conservative principles it has always stood for.  Therefore, it is my honor to enthusiastically endorse my friend, Randy Brogdon, for chairman of the OK Republican Party.”

“I had the great pleasure of serving with Randy in the Legislature.  He is a person who has the unique ability to always stand on principle and at the same time be able to work with and have the respect of the people around him” Charles Key stated, “We need him as the chairman of our party.  Randy truly likes people and finds ways to work towards common ground.  I highly recommend Randy Brogdon for State Chairman.” 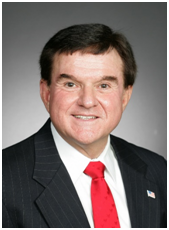 “Our Party has grown these past couple of years, and that is good, but it is time to go beyond good and become great. With the right State Chairman, I believe we have an opportunity to not only grow registration numbers, but also to grow the number of Republican activists. We need a State Chairman who has the ability to work with others and can bring new people into the fold” Former Tulsa County Chairman Dr. Mike Ritze continued, “We need a State Party Chairman who is willing to reach out to minorities and millennials. We need a State Party Chairman who can not only reach out to the usual big donors of our party, but can also increase the number of small donations from individuals. I believe there is one candidate who can accomplish those goals. I hope you will join me in supporting Randy Brogdon for State Party Chairman on April 11th at the State GOP Convention.”

“I am honored to have the support of these Republican leaders. All of these men have done great things for our Oklahoma Republican Party. I plan on continuing that tradition as your next State Party Chairman” Brogdon stated, “My goal as State Chairman is to unify and grow our Party while sharing our principles and upholding our Party rules. While I was in the State Senate my focus was on policy. As your next State Chairman, my focus will be on the people. I will actively seek out new people to bring into the party while training and encouraging involvement by those already with us. Although I do believe that conservative policy is important, I will never unilaterally take a position on behalf of the OKGOP on any one issue nor will I rely exclusively on the executive committee, as they are only an advisory board. My goal and my job as State Chairman will be to empower our precinct activists, county officials, and State Committee persons. I would be honored to have your support on April 11th. If you have any questions, please feel free to email me at BrogdonforStateChair@gmail.com.”

You can join us using